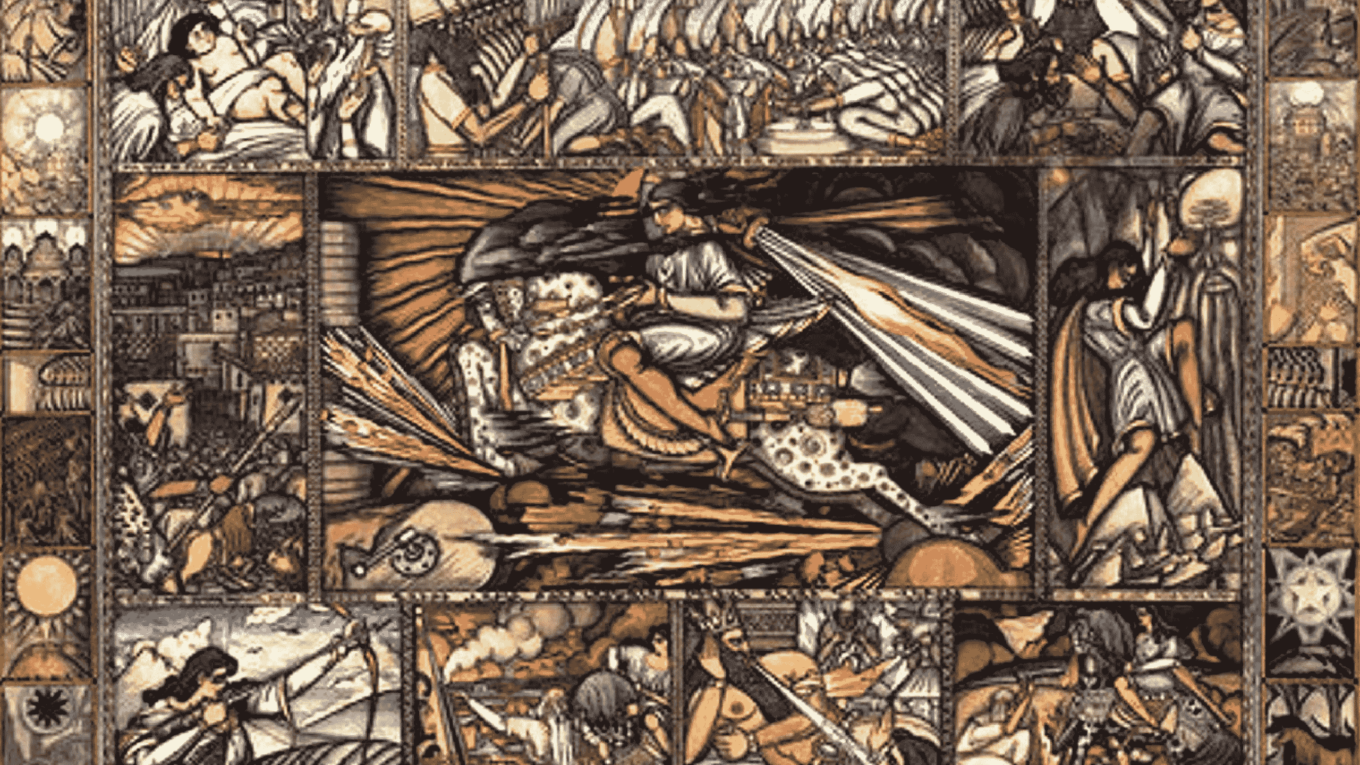 The Armenian folklore has been preserved in the form of proverbs, fairy tales, folk songs, epics, riddles, and legends. Many of them are rooted in the culture of pre-Christian Armenia. The folklore of this country were written down after the invention of the Armenian alphabet. Several gifted authors such as Sebeos, Movses Khorenatsi, Agathangelos, and Anania Shirakatsi influenced the modern Armenian culture.

In its earliest period, the Armenian folklore incorporated the Anatolian, Mesopotamian, Roman, and other major philosophies. Gods and creatures associated with nature were worshipped in pre-Christian Armenia. Most notable among them were Areg, Astlik, and Vanatur. They were the personifications of the Sun, fertility, and hospitality respectively.

When the Persians took over Armenia during the 1st millennium BC, Zoroastrianism began influencing the Armenian culture heavily. Aramazd, a derivative of the Zoroastrian god, Ahura Mazda, became the supreme god of Armenia. With Vahagn, the god of fire and thunder, and Anahit, the goddess of fertility, a powerful triad was formed.

Many of such deities became associated with the gods of Greece during the Hellenistic period. So, Aramazd became Zeus, Vahagn transformed into Hercules, and Anahit became Artemis. The folklore of Armenia included several mythical spirits and monsters. Most notable among them were vishaps, the dragon-like water spirits.

They were believed to have inhabited Mount Ararat and created storms while moving between the sky and the earth. Ancient Armenians believed that the vishaps lived around the water sources like ponds in large groups. Their depictions were carved from a single stone slab into various forms, such as serpent heads or fish.

After Christianity was formally adopted in Armenia during the 4th century, the ancient mythology was modified. This was to make it palatable with the Christian beliefs. The Biblical characters assumed the functions that were performed by the mythological gods and spirits. For example, John the Baptist inherited the traits that were earlier attributed to Tir and Vahagn.

The Armenian legends also introduced many monarchs and heroes after the adoption of Christianity. Some of them were simply carried forward from the mythologies of the pre-Christian era. It was during this period that the Armenians got Hayk. He was believed to be the legendary patriarch of the Armenian people and the great-grandson of Noah. Many epics had played a central role in the folklore of Armenia.

However, none of them is as popular as the ‘Daredevils of Sassoun’. This is an 8th-century oral tale of ‘David of Sassoun’ and his fight against the Arabs. It was first converted to the written form by Garegin Srvandztiants in 1873. In the year 1902, Hovhannes Tumanyan wrote a poem of the same name.

He was a prominent Armenian author. In the poem, he recounted the story of David of Sassoun in a modern language. Although it covers only one act in the poem, the character’s popularity named the poem as such. Arman Manaryan, a famed director, produced an animated film called Sasna Tsrer in 2010.

In this film, the first three cycles of Daredevils of Sassoun have been illustrated. Two years later, this popular epic was added to the Intangible Cultural Heritage List of UNESCO.